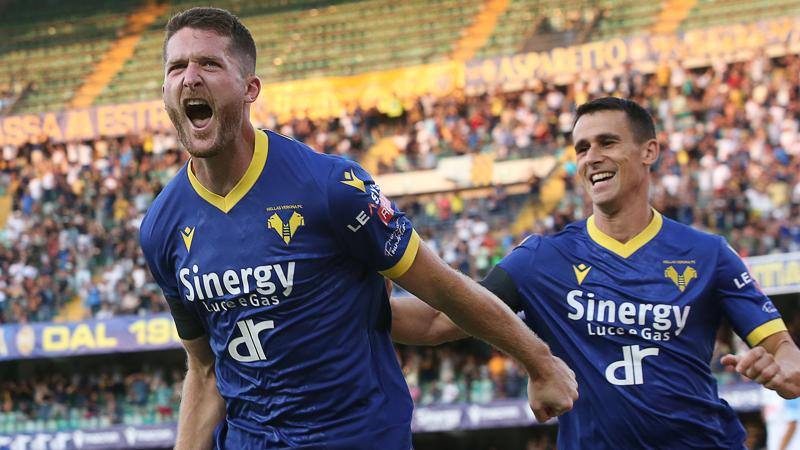 Both forwards scored in the defeats remedied on the first day: at Dall’Ara Bologna and Verona are looking for the first points of the season

It will also be a match between strikers that will be staged on Sunday evening at Dall’Ara between Bologna and Verona, two teams still at 0 points in the standings after the first day. Two defeats, albeit different from each other, to be redeemed in a balanced match on paper: on the one hand, the disappointment for a positive result that was faded despite a large part of the game in numerical superiority, on the other a defense yet to be recorded.

It was not enough for Sinisa Mihajlovic’s Bologna to take the lead at the Olimpico: Soumaoro’s ingenuity restored numerical parity, allowing Lazio to increase forcing in the second half. A positive Bologna that has paid the property tax and will find itself facing a Verona with nine goals conceded in the two official matches this season. Definitely too much for Cioffi’s team, which collapsed under the blows of the Azzurri. Mihajlovic will have to deal with the disqualification of Soumaoro and in all likelihood he will not be able to field the newcomer Lucumì, struggling with bureaucratic obstacles. The use of the other new acquisition in defense, Joaquin Sosa, is not to be excluded. Cioffi, after saying goodbye to Simeone, will rely on Lasagna, after the departure of Simeone and Henry, who already scored against Bologna last season when he wore the Venezia shirt.

Bologna and Verona have faced each other 46 times in Serie A and the balance sheet smiles slightly at the rossoblù who have managed to win 15 times against 11 for Hellas. To dominate is in fact the draw, a result that occurred 20 times. In the last match in Serie A it was Verona who prevailed, winning 2-1 at Benetegodi thanks to goals from Caprari and Kalinic. As noted by Oddschecker, Bologna’s top scorer last season, Arnautovic, is the number one candidate to score at least one goal. Sisal, for example, scores one of his goals in the 90 ‘at 2.50. Not only that, Roberto Soriano has one of his favorite victims in Verona, four goals scored and two assists. This is why one of his networks is quoted at 4.25 by Leovegas. Sponda Verona, on the other hand, is Thomas Henry the number one danger. The forward has scored in all three of his last Serie A matches, including the one against Bologna. On Sisal a network of him is listed 3.15.

The bookies are betting on Bologna. The victory of the hosts agrees almost everyone, from Goldbet to Snai but also Better and Betfair who quote it at 2.20. Slightly higher is the odds of the draw, at 3.60, for Bet365. A possible victory for Verona away from home is also on the same line: 3.30 for Better, 3.40 for Betfair instead. As noted by Oddschecker, in the last eight matches only on two occasions Verona have failed to go to the net; Bologna has always succeeded instead, and for this reason there is a large margin for both teams to score at least one goal. The Goal is quoted at 1.66 on Bet365, much higher than the No Goal, set at 2.28 on LeoVegas. Probably, therefore, a game with many goals: Over 2.5 is quoted 1.80 by Bet365, Under 2.5 instead at 2.07 by LeoVegas.

Twice in recent years the matches between Bologna and Verona have ended in a draw with the result of 1-1. Result that even on the occasion of the next race has an intriguing price set at 7 by Bet365. Many, however, the results that gravitate around the share 12: among them the draw 0-0, but also a victory of Verona for 0-1 or 1-2.

Biathlon: Herrmann-Wick has his sights set on the home World Cup

Mercedes Benz is no longer the title sponsor of fashion week

Student injured after collision with car in Emmen

Biathlon: Herrmann-Wick has his sights set on the home World Cup